You may experience mixed results with African Dwarf frogs (Hymenochirus boettgeri) as Betta tank mates. They CAN make a good tank mate but certain precautions should be taken. As with any Betta tank mate, a good amount of observation early on will help you determine what kind of relationship you have on your hands. As you probably know, Bettas can bully tank mates if you have one that is especially aggressive. 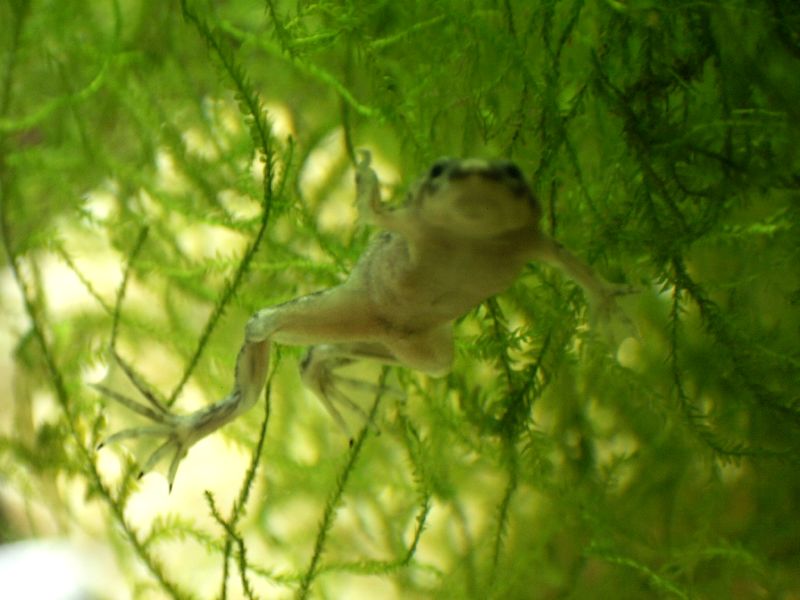 Photo by Insolvable Self

Betta personalities vary so greatly, it’s almost impossible to know unless you give it a try. One thing many people don’t realize is that African Dwarf frogs can be extremely aggressive toward Bettas. They are faster swimmers and tend to show aggression when another fish comes between them and their food. In fact, food is the number one major concern when it comes to housing ADFs with other fish. Not only can they become aggressive when other fish try to nibble their dinner but they are also painfully slow eaters. They have difficulty seeing any food that isn’t moving and often it falls to the tank floor unnoticed until the frog stirs it up. ADFs should be fed daily and a healthy frog should appear a little chubby. When other tank mates are introduced it is easy for their nutritional needs to be overlooked. Often they don’t get their share of the food and can actually die from starvation. To avoid this, I strongly recommend hand feeding the frogs using a pipette or a pair of aquarium forceps. My experience has been that ADFs learn to recognize the utensil quickly and will come out for regular feedings. Though I haven’t tried this method, others have had success by adding a tank divider and separating tank mates during feeding. Still others will trap their frogs under a glass until they finish feeding. Admittedly, this approach makes me nervous. Obviously trapped frogs can’t get to the surface to breathe and while it’s great that the frog won’t starve, little good comes from a frog that suffocates. 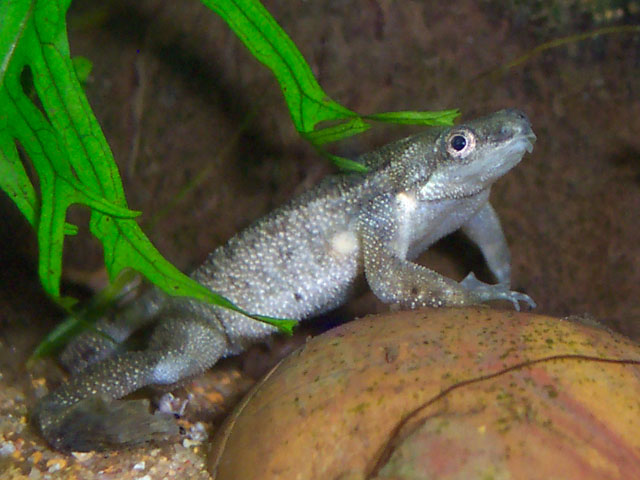 Photo by Mean and Pinchy

Some of the nastiest fights I have bared witness to involved an African Dwarf Frog and a male Betta splenden. I have actually seen my entire betta’s head, up to the gills, inside the mouth of my frog as the two summersault (think crocodile death roll) in the center of my 6 gallon aquarium. Spats like these should be rare, however if you see them often or if one or the other gets hurt you may want to consider separating the fish from the frogs.

Also remember that ADFs are more sensitive to water quality issues then Bettas and a cycled, well maintained aquarium with a filter is a must. African Dwarf frogs are not appropriate for a bowl set-up.

They are really great animals to have and I guarantee will cause you to laugh out loud on more then one occasion. They may even give you a good scare as they pretend to faint and die by falling backwards with their white bellies up in the air. I definitely recommend trying African Dwarf frogs in your aquarium.