You are here: Home / Rosetail Betta

Beautiful Example of a Rosetail Betta, Photo by John Louie.

The ROSETAIL BETTA is an extreme version of the popular Halfmoon Betta. Rosetail describes a type of tailform. Like the halfmoon, the Rosetail has been bread to have a wide 180° spread of the caudal fin. What sets it apart is the increase in the number of branches in the dorsal, caudal and anal fins giving them a ruffled or feathery appearance. When the fins are spread open the dorsal and caudal fins overlap resembling the petals of a rose. Rosetail bettas were developed as part of the halfmoon tailform in 1989 by breeding team Laurent Chenot and Rajiv Masillamoni. They were not identified with the name “Rosetail” until Jeff Wilson joined the team in 1991. Wilson is also credited with conceiving the term “Halfmoon.” Though Rosetail bettas have been around since the late 80’s/early 90’s they are considered a new variety and have only recently become popular. When they first emerged in halfmoon spawns they were considered an undesirable mutant as they were not producing good quality halfmoons, were unable or unwilling to spawn and were weaker than other halfmoons. While they weren’t used for breeding, they were shown at an IBC convention in the early 90’s and presented under the name blonde-diamond-halfmoon.

There has been much debate over the years as to whether or not Rosetail bettas should be used in breeding. Their negative traits seem to outnumber their positive ones. While their extreme branching gives them a unique appearance their heavy fins often hinder their ability to swim well. Their dorsal and ventral fins are often undersized and out of balance, their grow-out rate is slower and they often display asymmetrical body scaling. Breeding Rosetail bettas into a line will result in higher percentage of Rosetails in the following generation so caution should be used when selecting a Rosetail for breeding. The defining traits of Rosetail bettas vary greatly from moderate to extreme. The extreme branching tends to come with more of the complications mentioned above and many breeders opt to cull them. Breeders who do choose to use Rosetails in their line typically choose individuals who show more moderate traits of the mutation.

In addition to the D-shaped caudal fin and extreme branching, the ideal Rosetail betta should have good overall balance in the finnage and should appear proportionate. The scales should be symmetrical and the fish should be able to swim well. Selective breeding should never result in finnage so extreme that it hampers what fish do best… swim. 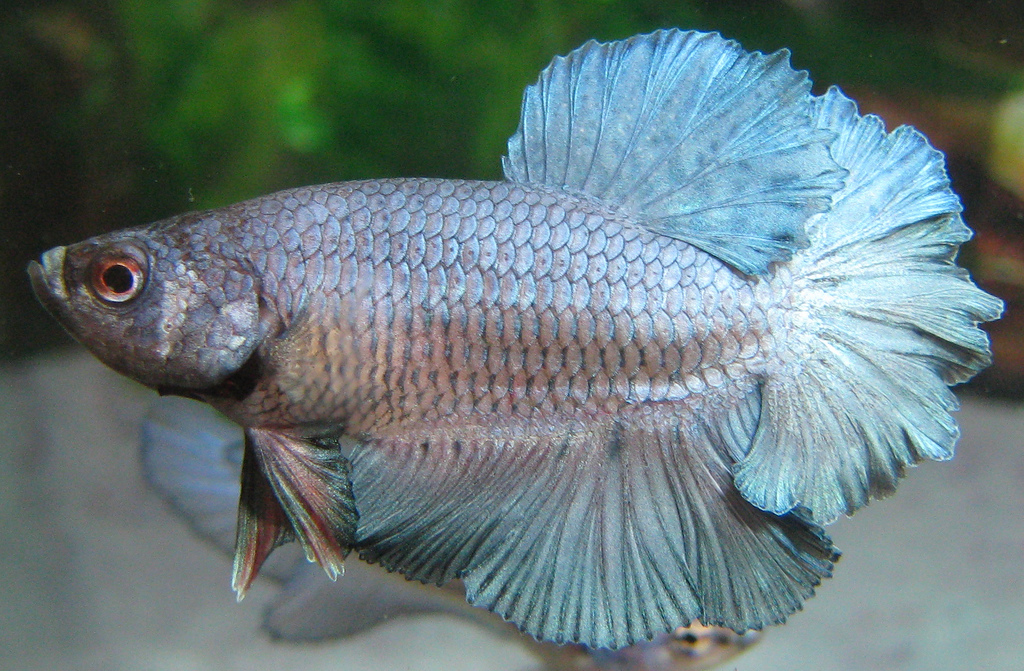