Flexibacter columnaris is caused by a gram-negative rod bacterium (Flavobacterium columnare) that commonly infects aquarium fish. Anabantoids, like Bettas, are especially susceptible. Flexibacter columnaris, which in the hobby is commonly referred to as just columnaris or cotton wool disease, is often mistaken for a fungus because of its cottony appearance but it is indeed a bacteria. Actual, “True Fungus”, is fairly rare among bettas but does occasionally occur on dead tissue. Flavobacterium columnare has other common names such as “Mouth Fungus” and “Cotton Wool Disease.”

While columnaris may come in a variety of appearances it remains fairly easy to diagnose. It generally looks as though there is a white, yellowish-brown or whitish-gray growth on the fish’s body, fins or mouth. It is usually looks like cottony tuffs, lint or stringy thread. In some cases it may span across the top of the fish like a saddle on a horse. The truest way to diagnose is by looking at the bacteria under a microscope but few home-aquarists have that option. For the sake of argument, we’ll assume we’re diagnosing based on naked-eye observations. Other symptoms may accompany the cottony growths including lethargy, color loss, redness around the infected site, loss of appetite and twitching or rubbing the body against tank décor or gravel.

Columnaris is often brought on by poor water conditions including the presence of ammonia, nitrite or elevated nitrate levels due to infrequent water changes, decaying matter in the tank or overstocking. These toxins have no color, smell or texture and the only way to know if they are present is to test your water with the appropriate water testing kits. Other stressors like fluctuating pH, water temperature or harassment by other fish can weaken the betta’s immune system leaving him susceptible to the disease. It is also suspected that decreased dissolved oxygen levels may contribute to the growth of flex. Adding an air stone may help to reduce the risk of these bacteria. Immediately upon suspecting columnaris, you should test your water parameters and make any necessary changes. 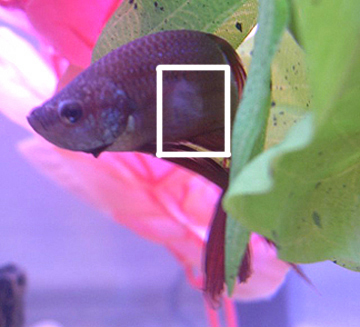 If caught early, Flavobacterium columnare can be fought but if left to progress may be fatal. To treat the disease, purchase an aquarium antibiotic that treats gram-negative bacterial infections. I recommend Mardel’s Maracyn-Two. For serious instances, a combination of both Maracyn and Maracyn-Two may be best to cover any secondary infections. The two medications together will treat both gram-positive and gram-negative bacterium. The antibiotic, oxytetracycline, has been regarded as a very effective cure and may be a key ingredient in some medicated fish foods. If your betta is still eating, feeding these medicated fish foods, or soaking your own pellet foods in an appropriate antibiotic will help to get the medicine into his system faster thus increasing his likelihood of recovery. Following the recommended treatment on the medicine box is encouraged in addition to medicating the food. Because the bacteria flourishes in warmer water you may find it beneficial to slowly lower your water temperature over the subsequent couple days. Aim for a temperature on the low spectrum of bettas’ comfort zone. Approximately 75˚F – 77˚F [23.8˚C – 25˚C] is recommended.