What is Septicemia and How are Fish Infected?

Septicemia is an infection located in the bloodstream. It can occur when an open wound gets infected or as a result of consuming bacteria through food. It can present itself in many ways, some of which are more obvious then others. Commonly, septicemia will occur as a result of an injury or open wound. Just as it’s important that we keep our cuts clean when we injure ourselves, it is equally important to keep a fish’s water clean when they are injured. If your fish becomes wounded (hurts itself, or fights with another fish) make sure you increase your water changes and keep toxins at bay by testing ammonia, nitrite and nitrate levels.

Fish may also acquire symptoms by eating foods infected with bacteria. To reduce the chances of sepsis caused by food bourn pathogens use caution when feeding live and frozen foods. Only buy live foods like blackworms and tubifex worms from a reputable source and take care of them by washing them well daily. Consider growing your own cultures as an alternative to buying live foods. If you keep frozen foods, never refreeze them after they thaw and throw away any thawed food after one day.

What are the Symptoms of Septicemia?

Septicemia will often present itself as redness under the scales any where on the body. It can be concentrated in one area or appear throughout. It may appear more visible around the face. The discoloration is often impossible to detect in dark or red colored fish. Open wounds should be pinkish and usually heal quickly. A wound that is grey, black or fuzzy or has discoloration around the wound site might be infected and antibiotic treatment should be started. Septicemia sometimes shows up as a secondary infection to Popeye, an infection that leads to the bulging of one or both eyes. On occasion, it may lead to Dropsy. Other symptoms may also present themselves in the form of sluggishness, loss of appetite, clamped fins or color loss. Observe your fish daily so you can learn to recognize his normal behavior and be able to tell if he is acting out of sorts.

How to Treat Septicemia? 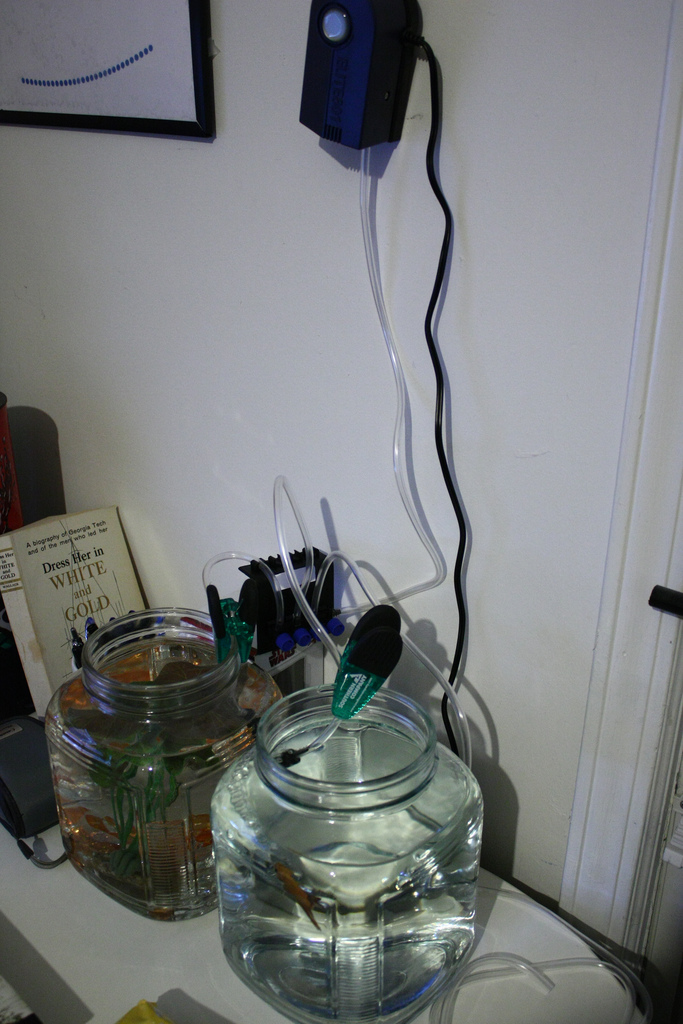 Usually when treating fish illnesses I recommend antibiotics be used sparingly but in the case of septicemia, I strongly suggest starting with them. The bacteria in the blood can quickly overcome a fish and antibiotic treatment is usually the quickest and most effective method for treatment. Most aquarium antibiotics are designed to dissolve in the tank water where they are absorbed by the fish, but because this is an internal bacterial infection this type is often ineffective. I recommend a medicated fish food like Jungle Anti-Bacteria Medicated Fish Food. I have also successfully treated septicemia by soaking pellets in a concentrated mixture of Mardel’s Maracyn & Maracyn-Two. I chop up the amount I would use to treat the tank, add a few drops of water and soak a few pellets for 10 minutes. I then feed the fish and add the pre-measured mixture to the tank as directed. This method isn’t fool proof, for one, there is no way to measure exactly how much of the antibiotic they are consuming. All I can say is it worked well for my betta. Loss of appetite can commonly afflict fish with an infection so it’s important to medicate as soon as possible while the fish is still eating. If the fish will no longer eat, then the standard method of adding the antibiotic to the tank should be employed. Because the average hobbyist has no way of determining the type of bacteria that has infected the fish, I suggest a combination of wide spectrum antibiotics that treat both gram-positive and gram-negative bacteria. Some effective medications include,