You are here: Home / Veil-tail Betta 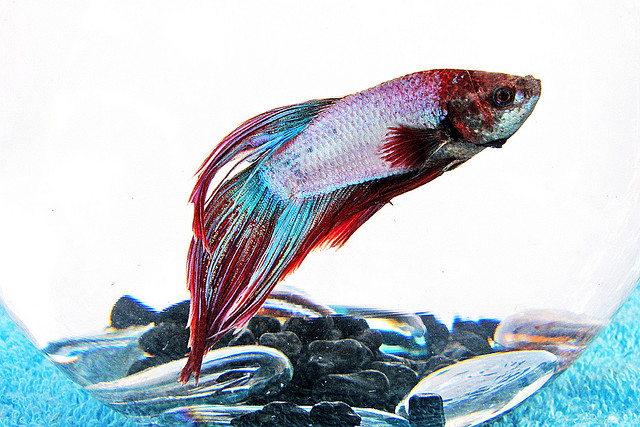 The veil-tail betta has traditionally been the most popular tail type kept in ornamental aquariums. Its popularity has declined in recent years with the commercialization of what the industry calls “fancy bettas;” fish with unique tail forms like the crowntail, halfmoon, or rosetail, just to name a few. Though breeders have been developing fancy bettas for decades, the veil-tail has remained a popular pet store fish because of its ease of breeding and availability.

Veil-tail bettas are easily identified by their long, asymmetrical caudal fin, which naturally droops downward. The long tail gene, commonly designated as VT by breeders, is dominant and easy to breed. These fish are considered common by breeders and there are no longer categories for showing veil-tail bettas competitively. While the show circles have all but abandoned the veil-tail there is strong resistance among betta hobbyists to let this tail type disappear. Many betta keepers claim that standard veil-tails have a more outgoing personality, often wiggling their tails and moving around the aquarium to get a better view of their owner. Like mixed breed dogs, they often have a pleasant demeanor, are generally healthy and because they aren’t heavily inbred, don’t suffer from the deformities that some fancy bettas do.  Of course it’s purely conjecture to say that veil-tails have a “better personality” but one thing is for sure… loyal betta keepers love their veil-tails and will continue to buy them despite what show breeders are doing. 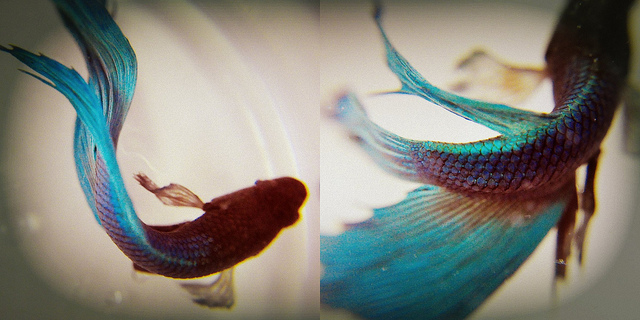 Veil-tails are known for their outgoing personality | Photo By Gabblebee