You are here: Home / Archives for Best of Nippyfish 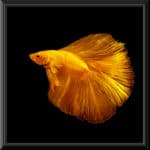 Sick betta fish can be cured, much of the time, if you can figure out what is ailing your betta. Tiny white speckles, like sugar granules are probably a sign of Ich parasites while swollen body with puffed out scales is likely a signal your betta has Dropsy. Fins melting away? Fin rot is probably to blame but what if these obvious symptoms of disease aren’t present? What if … END_OF_DOCUMENT_TOKEN_TO_BE_REPLACED

Is Bleach Safe to Use in an Aquarium? The answer is yes. When used in the correct concentration, bleach can be used to clean an aquarium. We recommend mainly using bleach when completely cleaning out an aquarium. This may be when you have had a fish pass in this aquarium or it has been in storage for some time. Bleach should be used when boiling is not effective. Bleach is … END_OF_DOCUMENT_TOKEN_TO_BE_REPLACED 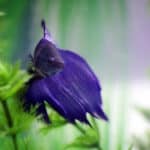 Con ustedes, Betta Splendens, originally uploaded by Xavi Calvo. SJ wrote, On impulse (and without my prior knowledge) my daughter purchased a male betta from a major pet store. He lived in a tiny bowl for awhile until I kind of took over and now he lives in a ten gallon tank with a couple of fake plants that he likes to hang out in. I have never had fish and we know … END_OF_DOCUMENT_TOKEN_TO_BE_REPLACED 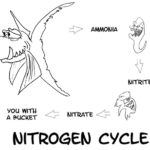 In an aquarium or fish bowl the fish give off waste, which over a short time breaks down into toxic ammonia. We all know that ammonia is quite dangerous even in small quantities so as aquarists we need to take steps to combat it. In a small Betta bowl that might mean making full 100% water changes every week but what if the tank were larger like 10 gallons or what if it were a … END_OF_DOCUMENT_TOKEN_TO_BE_REPLACED