I have a question about my tank…I told you in the other email
what I have in my tank. I just want to be assured that when I add all
the fish, I cannot change the tank,until I meausre the water and the
ammonia is really up , then the bacteria starts? Is that how it works?
I just have the filter..so.. I am going to buy a water conditioner but
will I really need that?

Can my betta eat crickets?

A: Well, the answer depends on how you are cycling. There are two methods to cycle a tank. You can cycle it WITH fish or WITHOUT fish. Cycling it with fish means the ammonia is generated from fish urine and waste and will build up over time. This method exposes the fish to ammonia and nitrite, which is extraordinarily toxic to them and frequently leads to severe illness, irreversible gill damage or even death. People who cycle with fish don’t generally cycle with the fish they intend to keep in the tank. There is little point in spending money on nice fish that will suffer from their own ammonia poisoning. They usually buy a few inexpensive cycle fish like Danios.

A lot of people still cycle this way but this method is antiquated and inferior to the Fishless Cycling Method that is becoming the standard for tank cycling. These days aquarists tend to be a little more conscientious and prefer to spare the lives of all fish, even spazzy little Danios. In fishless cycling we add ammonia from a bottle rather than from fish waste. Ammonia by the bottle is so cheap that it’s even more affordable then buying a few cycle fish. When you fishless cycle you add ammonia to the tank each day until the process is complete (meaning the bacteria are consuming ammonia and nitrite as fast as it’s being added) and the fish aren’t added to the tank until the entire process is complete. More info on starting the fishless cycling method can be found here: The Fishless Cycling Method Just a note, the air stone is optional if you have a HOB (Hang on Back) filter. It’ll create enough oxygen for the bacteria.

In either method you will know the process is complete because the ammonia will spike and begin to fall, as the nitrite spikes and begins to fall, followed by nitrates beginning to build. When you have 0 ammonia, 0 nitrite and detectable nitrate the process is finished and the fish can be added.

If you plan to cycle your aquarium with the fish you have (not cycle fish) then you will need to take special precautions. You will have to carefully monitor the ammonia every day and make partial water changes to keep it from getting too high. (keep it under 1.0 ppm) Adding a water conditioner will be necessary for two reasons. First, you will need it to neutralize any chlorine, chloramines and heavy metals from the tap water. Secondly, choosing a water conditioner that binds ammonia will help you keep your fish safe. AmQuel+ and NovAqua, for example, will convert dangerous ammonia into non-toxic ammonium. Ammonium won’t hurt the fish but will still be used for consumption by the good bacteria. The only problem with binding the ammonia is it may not appear on your ammonia test kit. This means the tank might be cycling but you won’t see it on the tester until nitrites begin to spike. Also, remember that any ammonia is severely toxic so even .5 ppm or 1.0 ppm is dangerous and your fish may become severely stressed or fall ill. If you pH is alkaline (above 7.0) ammonia becomes even more toxic. Cycling with the fish you intend to keep isn’t great but a lot of people do it without even realizing it because they don’t understand the process. By understanding the process you will be at a great advantage.

As for crickets, I wouldn’t be surprised to hear a Betta is egotistical enough to try and conquer eating one but they probably aren’t the best bet. A whole cricket is much too big for a betta and most probably wouldn’t even recognize it as food. If you ground it up, they may try to eat it. Still, I’d recommend something closer to a Betta’s natural diet of small insect larvae and worms. There are a ton of good Betta food choices out there. Visit Feeding Bettas. 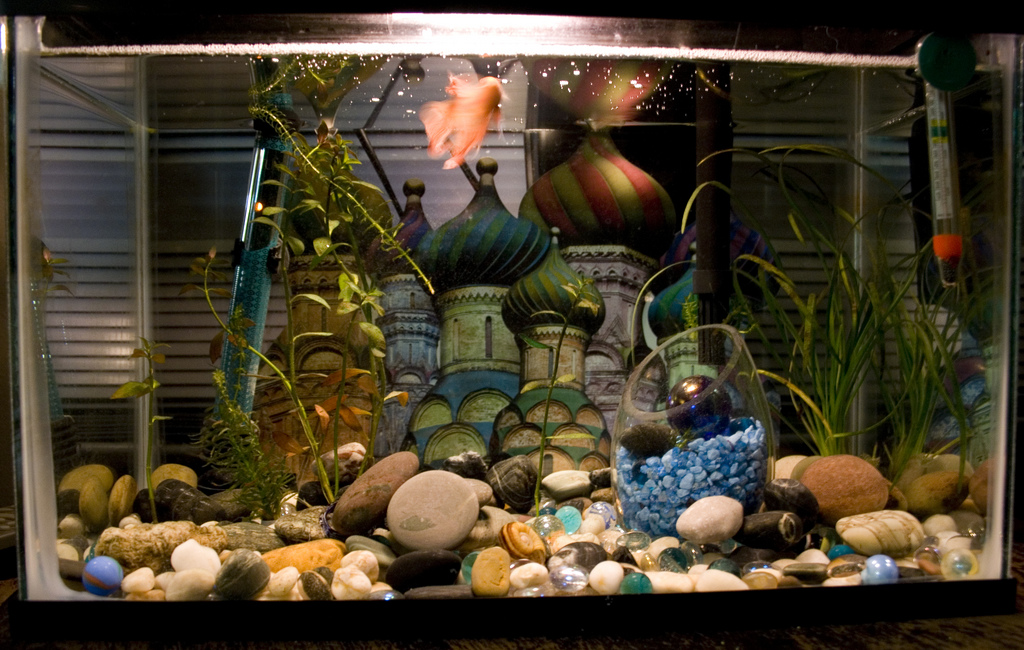