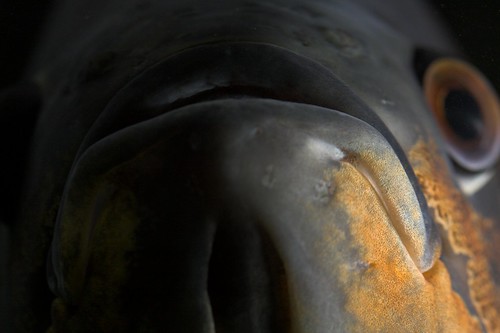 In the grand scheme of things many fish have a relatively short lifespan and as sad as it is eventually we will be faced with the loss of our dear little pet. For todays article I’m going to discuss appropriate means to dispose of the body. For many hobbyists, the loss of a fish brings up a variety of emotions including grief and frustration. In my opinion these emotions are valid and important to discuss but are better addressed in a separate article which I will cover shortly. For now, I’m going to focus on just the removal of the animal.

When you suspect your fish has died you want to be sure is that he is truly gone. Breathing often becomes quite labored so give yourself a moment to observe him closely making sure the gills or mouth aren’t moving at all. Never dispose of a live fish. If your fish is sick but still alive then you should consider treatment or euthanization. For assistance making that decision read: Euthanizing Aquarium Fish on main Nippyfish.net website. A common myth about fish is that when they die they go “belly up” and float along the water’s surface. This can occur due to gas build up within the body but more often the fish will fall to the tank bottom or become attached to the filter intake. If the latter is the case, unplug the filter to remove the body. If you use a net to remove the fish keep it separate from other equipment and don’t use it in other aquariums until it has been sanitized. This is particularly important if your fish died from a communicable disease like a bacterial infection, virus or parasite. Nets can either be boiled (watch for melting plastic) or cleaned in a diluted bleach solution and rinsed and dried well.

Most people believe that flushing is the simplest and most acceptable method for fish disposal. After all, who hasn’t seen that episode of the Cosby Show when Rudy’s Goldfish dies and the whole family attends a toilet bowl service? What the average fish keeper doesn’t realize is that flushing is not only dangerous for the environment but it is illegal. That’s right, flushing a fish down the toilet risks introducing potential pathogens into the watershed and is a major no-no in the hobby. Of course the risk of being caught is very low but as aquarists it is our duty to act responsibly and to protect the very waterways that support the plants and animals we hold dear. Bottom line, never flush a fish.

The other major option you want to avoid is feeding your dead fish to a larger fish. While this is a common and acceptable method for culling deformed or unneeded fish, it is not recommended for fish that have contracted a disease or have already died. You don’t want to risk infecting healthy animals.

Depending on your personal views of death there are other options. For many, myself included, throwing the fish away with the trash is a safer and simple alternative to flushing. It seems harsh, and I admit I felt a little strange about it the first few times, but ultimately I became comfortable with this method. It’s best for those who subscribe to the ideology that this is just a body and the sweet little fishy personality that wiggled at the glass for me everyday is no longer present but swimming happily in the big pond in the sky.

If you have a composting area at your home this is also a viable option. This way the nutrients from your fish make their way back into the land. It’s a circle of life thing and brings peace of mind to a lot of people.

Similarly, backyard burials are also very common with fish hobbyists. This is obviously a little more time consuming but is often the most emotionally sensitive method and incorporates that “back to the earth” ideology. This can also be a good tool for parents to use to discuss death with their children, though let me be clear that I know plenty of fish parents who bury their fish as much for their own sense of closure. What a lot of mammal lovers don’t understand is that many fish become part of the family as much as any dog or cat. If you are going to bury your fish do it in a part of the yard unlikely to be disturbed later and far away from waterways including ponds, lakes, streams and rivers. Dig a hole at least 2 feet (60 cm) deep, deeper for large fish, and compact well. Dogs, raccoons and other animals have very sensitive noses and you don’t want want them to dig up little Finny in the middle of the night. If you want to wrap the fish in something, I suggest newspaper, cheese cloth or other easily biodegradable materials.

I realize, of course, that people handle the death of their fish differently. Some feel very real grief while others take it as an unfortunate part of the hobby. However you feel about it, remember that fish keepers have a responsibility to each other and our Earth, maybe even more so than most because so many of our actions effect it directly. Please consider these alternatives to flushing the next time you are faced with the loss of your aquarium fish.