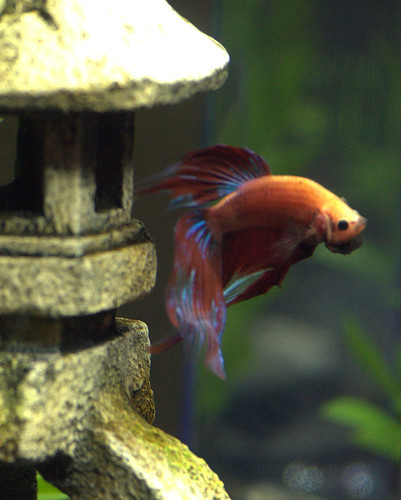 Can bettas regrow their fins?

A: Yes, bettas will regrow their fin tissue once it has been lost due to fin rot, physical injury, or tail biting. When the new fin tissue begins to grow it is often clear resembling Saran Wrap and very thin. Over time the regrowth will begin to look more like regular fin tissue becoming thicker and regaining color, though often it will appear a different shade from the original color. The new tissue is extremely fragile and susceptible to damage or loss. It is especially important, if your betta lost the fin tissue initially due to fin rot caused by poor water quality, to fix the water problems and keep the tank clean while the fins are healing. Test your water for ammonia, nitrite and nitrate and increase your water changes while your betta is regrowing his damaged fins. While the tissue grows relatively quickly (similar to the speed of fingernail growth) it is often the case that the new growth takes two steps forward and one step back. If the new tissue is lost or damaged again continue to treat your fish by keeping the tank water clean and toxin free. In severe cases where more than half the fin is lost, it may be helpful to treat the fish with an antibiotic for bacterial fin rot or an antiseptic for physical injury, depending on the cause.