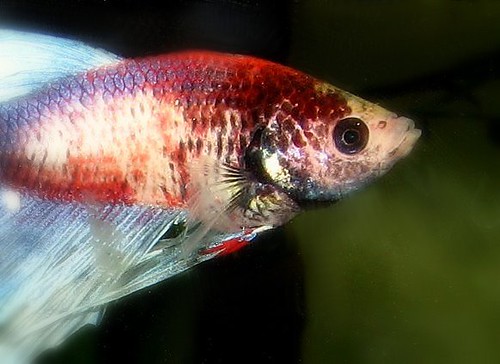 In our last article we spoke about bettas that naturally change color over time. A Nippyfish reader wrote in concerned about some pretty serous color changes. Well, she sent in some photos of her betta fish and it became immediately obvious that she has a Marble Betta. “Marble” is used to describe a type of betta fish by its physical blotchy appearance but more importantly by the special genes they have called, jumping genes or Transposons as they are now called.

These Transposons are what make marble bettas notorious color changers. Genes are responsible for a variety of things. With bettas, we study genes to understand and modify (through breeding) particular traits like color, pattern and fin style. A royal blue betta is blue because it has the blue gene. Transposons have the ability to do two important things that affect a betta’s color:

1. Insert itself into another gene and change its function. For example, it can insert itself into that same royal blue gene effectively saying “you no longer produce color” therefore changing its function. The gene no longer acts to produce the royal blue and the betta becomes colorless in part. Some jumping genes can also change the color which means some bettas can go from one color to a completely different color over time.

2. The second important function of a jumping gene is its ability to… well… jump of course. Through the chromosomes these genes can move reinserting itself into other genes. This is what allows a marble betta to change continuously over the course of its life. Let’s go back to the example of the royal blue betta. The blue gene was overridden by the Transposons creating a loss of pigment. When the jumping gene moves on, the blue gene returns to its normal function and the blue pigment returns. When the jumping gene moves to another location, it may then override the function of the new gene.

It is my understanding that the Transposons is a genetic trait specific to marbled bettas, which makes them more likely to illustrate a greater variance of color change throughout their lives. For hobbyists, keeping marbled betta fish is fun and exciting. For betta breeders, these can create unique challenges as it is difficult to predict what they will get. Over time, some marbled bettas may turn completely solid or loose color entirely. 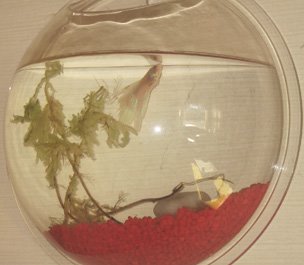 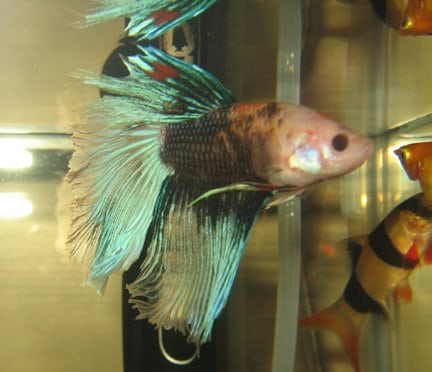 The same betta 3 months ago 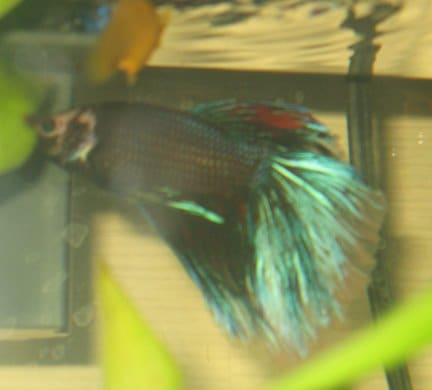