You are here: Home / Experience / It’s Raining Cats and Fry 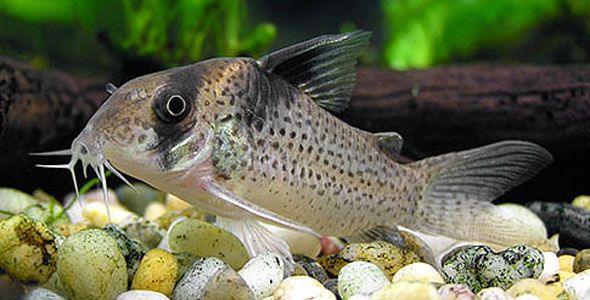 You know the old saying, “It never rains but it pours.” Boy! Sometimes it really does. It’s August and if you live in the Delaware Valley you know it has been raining forever (not really, but quite a bit). I have been phasing myself slowly out of the fish breeding part of the hobby, but do keep a few favorite Corydoras catfish to fool around with. At a couple of this Spring’s DSAS fish auctions I could not resist buying two types of tetras, Diamonds and Flames. I placed them in my 55-gallon community tank that had some Corys and some Black tetras. I usually quarantine my new purchases but these came from Joe Kaznica who, I know, raises clean fish. I thought about separating out the species later to attempt breeding, but to tell the truth I didn’t remember my own plans. I think forgetting is becoming a habit as I get older.

Three months later (August 2003) while feeding the fish I noticed that the Diamond tetras were spewing eggs all over the tank. The next day it was the Flame tetras’ turn. I couldn’t believe it, this tank was in no way near the conditions that the books say favor tetra spawning. I decided that if the fish were this eager I would give them a chance to breed in conditions where I might be able to raise the fry. I set up two 10-gallon tanks with water from the community tank and lots of Java moss in each. Each tank had a piece of plastic needlepoint mat fitted to the size of the tank and slightly raised off the bottom plus a well aged sponge filter.

I placed the plumpest females in the tanks first and fed them heavily with brine shrimp nauplii and flake food . A week later they looked gravid so I added the males. The next day the Diamonds displayed and showed some signs of a courtship routine and spawned two days later. The Flames didn’t seem interested in each other and there wasn‘t any sign that they intended to spawn. But, lo and behold, the Black tetras in the community tank were spawning like crazy. Now I know this doesn’t seem like a big deal, since Blacks are supposed to be one of the easiest tetras to spawn, but my Blacks were over four years old. I transferred a female and two males to a separate 10-gallon tank set up the same way as I had done for the other tetras. Within 15 minutes they were spawning in the Java moss. I really was interested to see if the spawn from these aged Blacks would be fertile. When the fish stopped spawning I removed the parents from the Diamond and Black tanks.

Within twenty-four hours both the Diamonds and the Blacks hatched out. The fry were very small and thin, they looked to be all eyes and yolk sacs. I wasn’t worried about feeding since they had their yolk sacs and the Java moss and sponge filter were loaded with microorganisms. By day six most of the fry were free swimming and searching among the moss for food. I began feeding them Brine Shrimp Direct’s “Golden Pearls” (size 20-80 microns) mixed first in some tank water. Two days later I started them on brine shrimp nauplii. Both types of tetra fry gobbled them like candy and you could see their bellies swell with the orange coloration of the nauplii.

The day after I started the tetra fry on nauplii my long-finned zebra danios spawned, two female guppies I had put in one of my show tanks to break it in threw about 35 young, my Rams spawned, and both Panda and Bronze cats were depositing eggs all over their tanks. I don’t know if this summer’s weather is causing my fish to act like they’re on an aphrodisiac, but I have never had so many spawns occur at the same time especially now since I’m trying to limit the number of tanks I have running. I am now growing out fry from Diamond tetras (Moenkhausia pittieri), Black tetras (Gymnocorymbus ternetzi), Zebra danios (Brachydanio rerio), Guppies (Poecilia reticulata), Panda cats (Corydoras panda), and Bronze cats (Corydoras aeneus). The Flame tetras (Hyphessobrycon flammeus) never did spawn again, at least at this writing, and the Rams (Microgeophagus ramirezi), I believe, ate their eggs. These I will keep trying to get to spawn and let you know if I am successful. I will also write a more detailed article on each of the fish that have spawned.

For those of you who might want to know the parameters of my tank water, except for the Rams’ tank, all my tanks are kept at 76-78 °F, with a pH of 7.0, and have soft water; all are well planted and I use loads of Java moss in the spawning tanks.

PS – Since writing the original article I have had Corydoras hatatus spawn, and the Rams spawned again. To add to it my Anubias barteri plant flowered. And I thought May was the merry, merry month.