You are here: Home / Equipment / Diseases and Your Fish Room an alternative approach

At certain times of the year, it seems a rash of a disease makes its way around any given fish room.

As a beginner, I have learned the hard way a lot about controlling disease from books, the internet and experimentation. The most important thing to remember is to sanitize (see Cleaning Bowls & Stuff for some advice).

When changing water, place your sick fish into a holding cup that has not been used before and will not be used again until it has been sanitized. Mason jars are good for this as they are dishwasher safe. Also, many store nets are dishwasher safe. Don’t forget to sanitize these after each use. A collection of nets will help.

How you transfer your betta is a cause for debate. Some swear by netting and others feel it causes stress. If it be by the cup method (scooping up the fish with a small cup causing him or her to be forced into the new environment), netting or by hand, you will find a method that is best for the whole Betta family.

Use any medication as directed, but I find that consistent water temperature, clean conditions and aquarium salt, sometimes (not always) is the best medicine.

Melafix is a great all purpose medication. What I mean by all purpose is if you are not yet sure as to what the specific ailment is, put a dab of Melafix in daily. A hole in a fin or a rough spawning session can also be helped with this melalucca-tree derivative.

I have tried many antibiotics, sulfur-based medications and sodium-based remedies and found them to sometimes (not in all or extreme cases of illness) to work just as well as letting nature take its course. Using heat up to 85 degrees will kill most parasites and bacteria and also keeps the Betta in a stable environment. Salt will also kill or help control most disease such as a parasite (once the spore is opened by the heat, as in cases of Ick) and bacteria, such as fin rot.

Clean water is just a good thing for all fish to have, but be careful, it can be too much of a good thing. Changing water too frequently can stress a fish and cause a worsening of an infection. See what schedule fits for you and your Bettas, it will just feel right.

Sometimes the best fix is less chemicals and more natural remedies. The more interference, the more stress and the more disease can pop up. 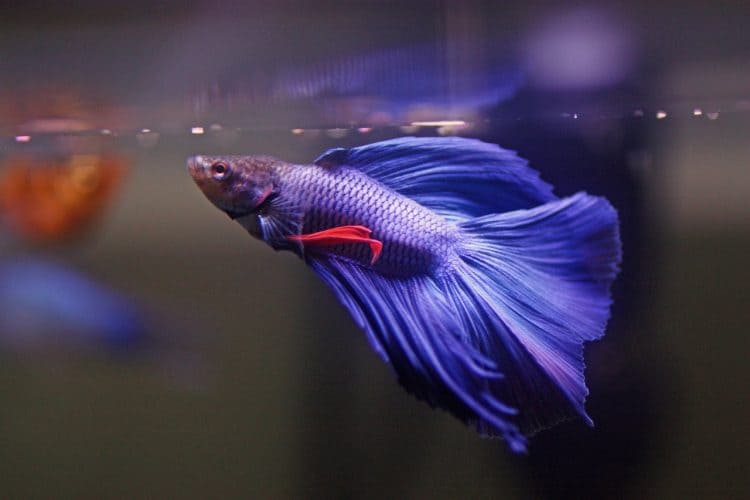