You are here: Home / Equipment / Marimo Moss Balls – Everything There Is to Know

Marimo moss balls, like so many other live aquarium plants. Can make the most basic setup, look more vibrant, beautiful and alive. Having a live plant such as a moss ball, can also help to provide a healthier and happy environment for your Betta fish.

Even if you don’t have much of green thumb or have had a hard time sustaining your aquarium plants in the past. It is actually very easy to keep the humble Marimo moss ball alive and thriving.

In this article we will be providing tips on how to propagate, and look after your moss balls. As well as some of the benefits from including a moss ball in your aquarium. 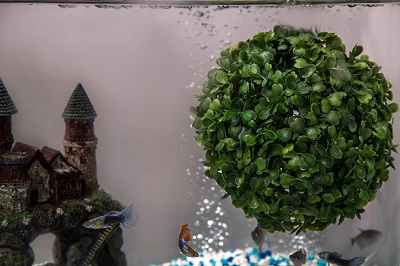 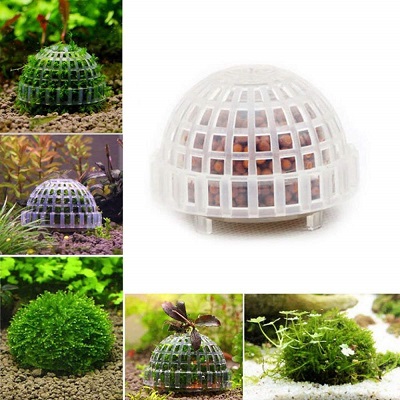 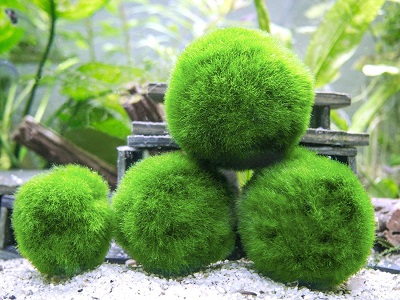 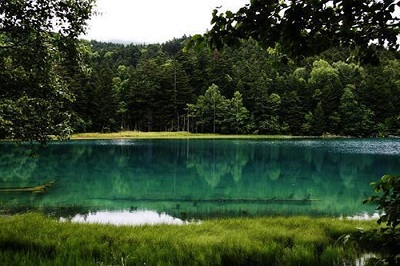 Marimo moss balls were discovered in the Japanese lake, Lake Akan in the early 1900’s. They are rare but naturally forming growths of algae, that form into green, velvety soft, solid balls. With the algae being woven around itself from the center outwards. Moss balls are formed by rolling around on the lake bed as the tides and currents move the water and the ball of algae about.

While these plants are not exclusive to Japan, as they can be found in other countries such as Australia, Estonia, Iceland and Scotland. They are nonetheless treated as a national treasure in Japan, with the Ainu people holding annual festivals to help preserve these endangered plants since the 1950’s.

Marimo moss has a relatively slow growth rate of only a few millimeters per year to almost an inch per year. This all depends on the climate conditions of where it is being grown. In the wild it grows slowly, while in an aquarium it can grow much faster under the right conditions.

In the wild they can be found growing in patches on the lake beds, up to 7 feet deep. They prefer water temperatures of 68 – 82 degrees and require little light for growth. Despite their slow rate of growth, many balls can be found anywhere from 0.5 inch to 12 inches in diameter, with some having been found to be almost a century old.

Benefits of Including A Marimo Moss Ball 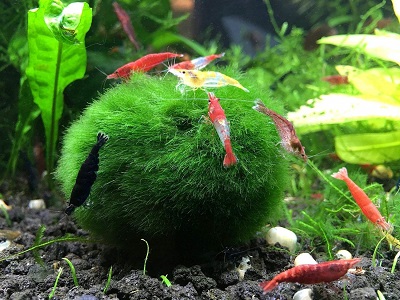 Before picking up your Marimo moss ball from your supplier, ensure that they are providing you with the Aegagropila Linnaei algae. Also ask them if they stand by their products and are willing to refund or replace their products, in the event that what they are selling is not what you paid for. Be sure to only buy your products from a reputable supplier and do your research.

Not only will your Marimo moss ball bring color and life to your tank. They can also be used to accentuate a vase, jar or bowl as well as being used in tanks alongside your Betta. Unlike other plants that drop off aged parts that break down and add to the bio waste. Marimo moss balls do not drop plant waste at all, they only add oxygen to the system.

By putting a Marimo moss ball into your aquarium, it will provide your little Betta something to play with – they will happily push the balls around for fun. It will also help to filter the water by absorbing the toxic nitrates, ammonia and carbon-dioxide from the environment, while releasing oxygen back into the water. They help harbor bacteria that is essential for keeping a stable system, acting as mini filters, cleaning up your fish’s waste.

Most fish will not eat a Marimo moss ball itself, but they will pick food off of it as it rolls around picking up debris. Shrimp, like the Cherry Shrimp, love moss balls and will clamor all over it, picking at scraps and keeping it clean.

By adding a Marimo moss ball to your tank, you can help reduce the risk of an algae outbreak. As the Marimo is an algae as well, and can help keep the nitrate and ammonia at manageable levels, helping to prevent the growth of green/brown algae.

Looking After Your Marimo Moss Ball

Think of a Marimo as being like a sponge. When it is water logged it can sink to the bottom. It may build up air bubbles on its own casing it to float up or move around on its own. When you take it out of the water, air pockets may develop, making the ball buoyant. The air pockets may disappear after a few hours, or if you give it a gentle squeeze while its under water and it will be suck in water after the air is pushed out.

Every side of the ball needs to be exposed to light regularly. Rotate your ball often so that each side of the plant can get some light to aid proper growth. If the ball has areas that are turning gray, roll it over so that the gray areas can get more light, and they will turn green again soon enough. Rotating them often will also help to keep their shape.

Marimo are an aquatic plant that is usually found up to 7 feet deep. As such, the Marimo like low/broken light conditions and not direct sunlight. Tank lights, house hold lighting and indirect sunlight is enough to fuel your Marimo. If the Marimo starts to turn brown, it is getting too much sunlight and either the tank needs to be moved or the Marimo needs to relocated to a new tank, out of direct sunlight.

Just like other plants, Marimo need fertilizer to feed. If your fish are not able to provide enough nitrates and ammonia for your moss ball. You may need to use a liquid fertilizer like this one here. They also require carbon dioxide to breath so a CO2 system may also be required if there are more plants in the tank along with the Marimo moss ball. For helpful tips on how to setup support system for plants, view our article on Setting Up an Aquatic Plant Environment.

While Marimo are an aquatic plant, they don’t always need to be fully submerged. As long as they are prevented from drying out, they can be stored in a sealed plastic bag, jar or container for a period of several days.

They are also very hardy when it comes to water quality, so long as its between 68 – 82 degrees. Straight tap water is enough for your Marimo moss ball to thrive. If you are worried about chemicals in your tap water such as chlorine. Leave the amount of water required, to air out and settle for 24 hours. This will allow chemicals like chlorine to evaporate making it safe to be used with your moss ball. Marimo are not pH sensitive and can handle high fluctuations in levels fairly well.

With your regular water changes of your fish tank, it is advised to give your Marimo moss ball a bath as well. If you are keeping the moss ball in its own tank, jar or bowl, then it is recommended that its home be fully cleaned every 2 weeks or so. For details on when to do water changes with fish, view our article on Water Changes.

To clean the moss ball’s home you will need to follow the following steps.

To bathe the Marimo moss ball itself. Rinse the Marimo under running water. Gently rubbing off the debris and sediment from its surface, and squeezing out the water that is trapped inside the ball. Do not drain the ball of water unless it can soak up some more to replace what has been squeezed out. Submerging the moss ball in fresh water, give it a few more squeezes, to flush out the old water.

When you put the moss ball back into its home, avoid squeezing the water out of it, as this can make the water murky and cloudy. The ball may float when its put back in. If it is floating low, you can leave it as the ball will sink as the air is slowly released. If it is floating high, give it just enough of a gentle squeeze to push some of the air out.

Using a pare of scissors, cut the moss ball in half. Repeat this process until you have as many pieces as you either want or can harvest. Gently roll the pieces into balls using the palms of your hands and hold them in shape by tying some sewing string around them. As they grow, the algae balls will intertwine binding each side to each other, and growing over the string before it breaks down.

When these moss balls get big enough, the process can be repeated as many times as you would like, for the life of the plant.