Female Betta fish can be feistier than Christian Bale on theatrical rampage. Many fighting fish enthusiasts keep female only tanks because they are more communal than their male counterparts only to be surprised later by nipped fins and missing scales. If your girls aren’t playing nice consider spreading out the aggression by keeping a larger number of fish together. Keeping 4 our 5 females in a larger aquarium will often produce less fighting and subsequent injuries than 2 or 3 in the same sized tank. As always, make sure your aquarium is large enough to handle all those girls. 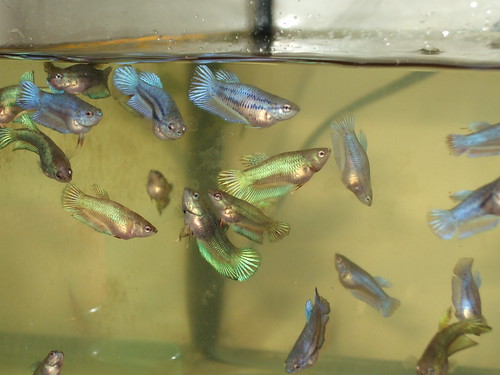