You are here: Home / Betta splendens / Aquarium Chemistry, Including Redox for Bettas & Other Fish

Much of this information I will provide is condensed and more basic, but comes a from a couple of very in depth and researched articles on this subject (which readers can read if they desire a more in depth understanding).

I will not address the organic chemistry aspect (the Nitrogen Cycle), which involves ammonia, nitrates, etc., rather the aspects of KH, GH, pH, mineral ions, & Redox.

Much of this is rather difficult to fully understand (especially Redox), however much newer research in areas outside the aquarium hobby have shown the importance to other animals and humans, so I will attempt to explain these concepts in basic terms (please forgive me if get too scientific, but this is my background)

I will cover these areas:

(1) pH;
Most aquarium keepers understand pH rather well, so I will keep this brief and make some important points to understand;

First it is important to note that the pH scale is logarithmic, meaning that it goes up or down in multiples of ten. For example a pH of 7.5 is 5 times the alkalinity of a pH of 7, while a pH of 9.0 is 100 times the alkalinity of 7.0.
The importance of knowing this is that many aquarium keepers “chase” their aquarium pH looking for the “perfect” pH number. The problem with this is most fish can adapt to a wide range of pH, especially Bettas due to the Monsoonal climates they originate from. However most fish cannot tolerate sudden changes in pH (Cory Catfish in particular) often caused by introduction to an aquarium or aquarium keepers adding so-called pH adjusters that usually result in a bouncing pH. So the bottom line is to find a reasonable pH you can manage and stick with it, such as 7.2, even if you feel your Betta should be at 6.5. Assuming you have difficulty maintaining 6.5, your Betta will be far better off at a stable 7.2 than a bouncing 6.5

It is also noteworthy that at a pH of 6.0 most all nitrification ceases, while on the other side of the equation most non-toxic ammonium converts to toxic ammonia at 8.0

(2) KH;
KH is carbonate hardness and is related to pH in that amount carbonates as well as acid buffers (such as Indian Almond Leaves), directly affect the stability of your pH as well as your actual pH number.

Here are a few buffers:
Alkaline

The above three are very slow acid buffers

The above two acid buffer work much more quickly and often need to be used more carefully.

(3) GH and its relation to mineral ions and Redox;
This is where misunderstandings within the aquarium hobby really abound and where it is difficult to explain in more basic terms. I will start with that GH is the “General Hardness” of water which includes important minerals such as Calcium and Magnesium.

Despite some outdated information, a higher GH for example of 200 is not dangerous to fish such as Bettas (your aquarium would need to be near 500 in GH for respiration problems to occur in fish such as Bettas).
More importantly when one tests for GH, you are only getting the basic GH, not the negative and positive mineral ions (similar to how most test kits cannot tell the difference between Ammonia which is toxic and ammonium which is not toxic).

Now this is where it gets more complicated; these minerals are not only essential many physiological processes within the fish such as heart rate, control of fluids in the body and much more, these minerals when positively charged effect the Redox Balance which MUCH recent research in humans and elsewhere shows much improved health due to improved immune systems as free radicals are controlled by these positive mineral ions (called cations).

Before I explain further the relation of mineral ions (& more) to Redox, let me quote from “Aquarium Redox” a very basic description of Redox:

Redox, also known as Redox Potential, oxidation potential, & ORP (oxidation reduction potential) describes the ability for the loss of an electron by a molecule, atom or ion to the gain of an electron by another molecule, atom or ion. Without this ability to gain electrons many minerals cannot be absorbed and properly assimilated. So it is very important to keep a healthy Redox Balance via proper dissolved oxygen levels, UV Sterilization, and proper positively charged mineral levels (such as Calcium and Magnesium).

These mineral ions are “oxidized” during normal biological processes both in the aquarium as a whole and within the fish themselves, and to maintain Redox Balance, these positive mineral ions must be replaced.

“Depletion of Positive Ions
Think of it this way; a storage battery “works” only when a positive and a negative electrode are present to maintain an electrical current. When the positive ion charged plates become exhausted, the battery is no longer any good until recharged. In a lead/acid batteries essentially lead (Pb) and lead oxide (PbO2) are changed to lead(II) sulfate (PbSO) in the discharged state, However lead is still present (as with calcium in an aquarium) in a discharged state.”

Water changes and additional supplements are generally necessary to replenish these mineral ions (cations). Using the car battery as an example again, when re-charging, a 12 volt battery will show a charge of up to 14 volts in a 12 volt battery shortly after and at the completion of a charge, this is similar to the high GH (often over 400) with the use of many methods of adding mineral electrolytes such as Wonder Shells, Aragomix, or similar.”

As well the addition of UV Sterilizers can play an important role for a balanced aquatic Redox Potential as newer studies have proven that UV Sterilization increases immunity by adding electrons and balancing the essential electromagnetism of the water. Often when a UV does not achieve what it should as per Redox (as well as Level One Sterilization), it is due to a an improper installation that has too high of a flow rate per watt, a poorly designed UV Sterilizer (of which there are many “cheap” models flooding the market), or simply with an otherwise good installation/UV, the failure to change the UV Bulb every six months.

Since I mentioned UV Sterilization for for Redox on a web site mostly aimed at Betta Keepers (where adding this device to a small tank/bowl is totally impractical), I feel that failure to mention this device would leave out a proven tool for Redox Balance that the most recent science and research shows its important role in improving. As well I personally know of many advanced & professional betta keepers that have their bettas in central filtration systems that have multiple small boxes within this systems for maintaining dozens if not 100s of Bettas on one filtration systems and for this system or even a smaller tank such as a 20 gallon aquarium, a UV Sterilizer is quite practical (one of my tanks is a 14 gallon bio cube and it has a UV Sterilizer installed).

For further much more in depth information, I strongly recommend reading these articles: 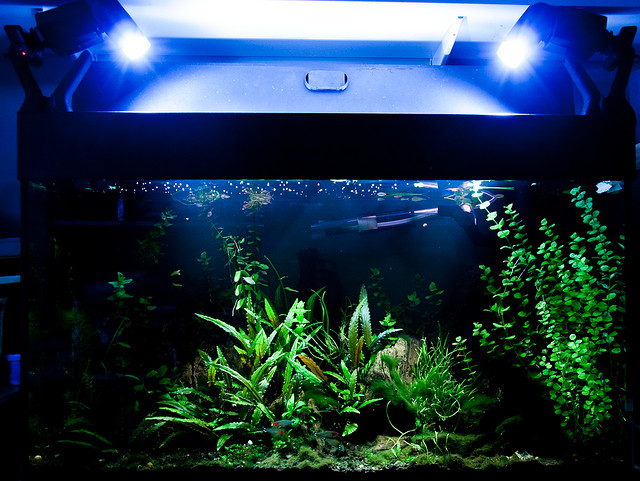