You are here: Home / Archives for breeding bettas 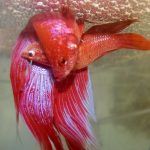 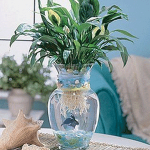 Betta fish begin as small eggs no bigger than 0.03 inches in diameter although within 11 weeks are approximately 1.9 inches long. By seven months old the Betta's fins have reached maximum growth and it's length will lie between 3 to 4 inches. It is important to keep in mind that the size and growth rate of your Betta ultimately depends on tank size and conditions along with … END_OF_DOCUMENT_TOKEN_TO_BE_REPLACED 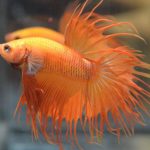 Betta Color Variation Video Color As you have probably noticed the differing colors and patterns of Betta Fish seem endless. Common in aquariums are red and blue variations of Betta fish but they also come in black, yellow, turquoise, orange, white, multi colors, marble and metallic. Betta Color Variations The following are the betta fish variations and colors: Bi … END_OF_DOCUMENT_TOKEN_TO_BE_REPLACED 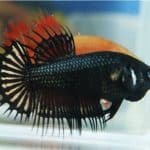 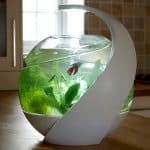 Many times people are faced with a situation where they need to completely sterilize their bettas living environment. Some reasons could be a recent outbreak in fungus or a parasite like velvet, but sometimes a person might have recently lost a betta and is wanting to prepare the old bowl for a new betta. Whatever the reason is, proper sterilization of the bowl/tank and the … END_OF_DOCUMENT_TOKEN_TO_BE_REPLACED 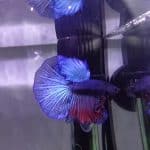 Once a week, usually Mondays, I drive during my lunch break to the LFS of my youth. Filled with clean tanks, they showcase the best of each breed of freshwater, pond and saltwater animals. Right in front, just as you pass the 1,300-gallon shark tank, are the Bettas. Three tiers, each having 10 partitions, state-of-the-art filtration, and full-spectrum lighting; here is the … END_OF_DOCUMENT_TOKEN_TO_BE_REPLACED

Always being a fish person, when I went to purchase a betta and a small home for him, I didn't think it would change my life. My first guy lost his fins to fin rot one week after I brought him to my office. This prompted me to look on the internet for more information regarding this disease. I found a host of information on the disease as well as bettas in general, but the … END_OF_DOCUMENT_TOKEN_TO_BE_REPLACED 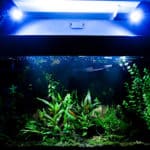 Much of this information I will provide is condensed and more basic, but comes a from a couple of very in depth and researched articles on this subject (which readers can read if they desire a more in depth understanding). I will not address the organic chemistry aspect (the Nitrogen Cycle), which involves ammonia, nitrates, etc., rather the aspects of KH, GH, pH, mineral … END_OF_DOCUMENT_TOKEN_TO_BE_REPLACED 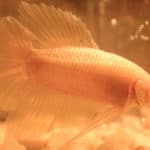 What Are Dominant and Recessive Genes? Betta breeders are most interested in understanding and manipulating genes for either color or tail type. Understanding the various genes and traits and how they are manipulated can be complicated. One of the first things you need to understand is the difference between dominant and recessive traits and how they affect what you will get … END_OF_DOCUMENT_TOKEN_TO_BE_REPLACED