You are here: Home / Breeding Bettas / Betta Growth From Birth 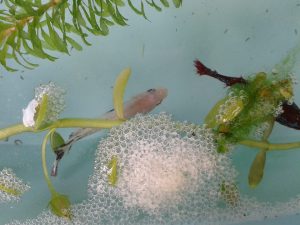 Betta fish begin as small eggs no bigger than 0.03 inches in diameter although within 11 weeks are approximately 1.9 inches long. By seven months old the Betta’s fins have reached maximum growth and it’s length will lie between 3 to 4 inches. It is important to keep in mind that the size and growth rate of your Betta ultimately depends on tank size and conditions along with their lifespan. In captivity the average lifespan of a healthy Betta fish is between 2 to 4 years although some owners claim to have reared there Betta fish to six or seven years old.

The Betta life cycle begins with the mating of the male and female which in many cases can result in injury or death for the female fish. The male Betta builds a bubble nest and once complete the female Betta will lay her eggs onto the male Betta’s tail where he then fertilises them. Once fertilisation of the eggs has taken place, the male Betta will then use his mouth to move the eggs to the bubble nest he has created. It is at this stage that it is vital to remove the female from the tank as males become aggressive towards them after the mating process is complete. 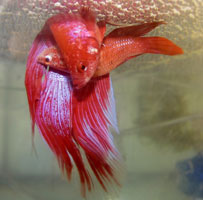 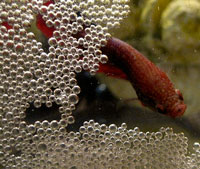 The Betta egg lays at the surface of the water generally in large cluster which are primarily looked after by the male Betta fish. Betta fish eggs actually need oxygen to grow and this is why the eggs must lay close to the surface.Once the spawning process is complete the eggs will take only 24 to 48 hours to hatch. The amount of Betta fry that will hatch cannot be predicted and can be anywhere from 1 to 300.   Once the Betta fish hatch they will initially feed off their eggs and will stay close by to the eggs for a further 24 hours. After they have completely eaten their yolk sack, which for some fry takes up to five days, the male parent should be removed to avoid any fighting with the fry. 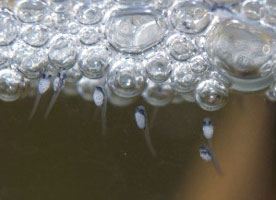 Somewhere between three and six weeks of age the young Betta fish will develop labyrinth organs which allow them to breath at the water surface. It is not until week 8 or 9 of the Betta’s life that they will begin to show their unique color. It is also at this stage that most of your Betta fish will have to be separated from each other due to them sexually maturing and attempting to fight other siblings. After three months old the Betta fish has reached adult hood and will not be able to kept in the same tank as another Betta fish or multiple other species of fish. 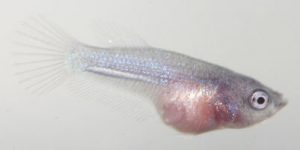 Referred to as an adult once they have reached sexual maturity (generally just after three months old.)

Made by the male betta from a mixture of saliva and air once they are ready to mate.

Takes place underneath the bubble nest the male Betta has created. The male and female curl their bodies together (embrace) so that their reproductive organs meet where the female will then release eggs which are fertilised by the male using his milt.

The term used for baby fish. Betta fish are known as fry up until approximately six weeks of age.

A special organ the Betta fish possesses which allows it to breath air from above the waters surface in conjunction with their gills.

Betta fish reach sexual maturity at three months old which is when you will also see a change in behaviour towards other fish.

The following diagram shows pictures and measurements of the exact growth rate of a Betta Fish from one day old to eleven weeks old. 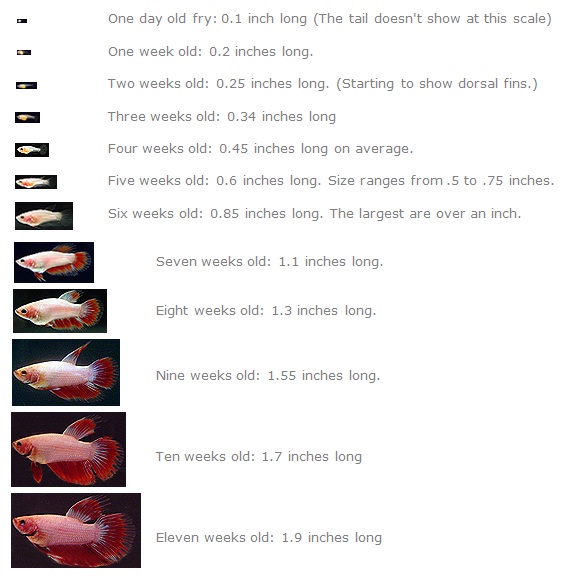