You are here: Home / Archives for Illness & Disease 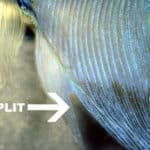 A “blow-out” is a term betta breeders and hobbyists use to describe a small hole or tear in the fin tissue caused by spreading or “flaring” of the fins. Torn or frayed fins can be caused by a number of things including bacterial fin rot, injury from tank décor, biting from other fish or even from a betta nipping his own fins. The term blow-out is not used when holes or tearing … END_OF_DOCUMENT_TOKEN_TO_BE_REPLACED 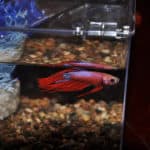 I want to bring back an old article that was temporarily removed when we updated our site earlier this year. We’ve been getting a ton of emails from readers treating their bettas for all sorts of diseases. I wanted to be sure to share this information as a warning to all our readers. It’s original title, Dangers of Preventative Medicine was first published on November, 14, … END_OF_DOCUMENT_TOKEN_TO_BE_REPLACED 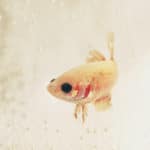 If you keep Betta fish long enough, eventually you will have to deal with treating an illness. Bettas are not particularly resilient fish and are susceptible to a host of common diseases from bacterial infections to viruses and parasitic infestations. Minor problems like split fins or a lost scales can typically be healed on their own. When your Betta become very sick you may … END_OF_DOCUMENT_TOKEN_TO_BE_REPLACED 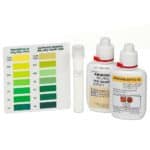 Anybody who has kept fish, whether it be a large built in aquarium or a small betta bowl, knows there is a lot involved with creating an ecosystem that can sustain life. We have filters, lighting, food, nets, testing equipment, medication, sponges & scrapers, dechlorinators, and the list goes on. There are a lot of aquarium supplies that are helpful to keep on hand, but … END_OF_DOCUMENT_TOKEN_TO_BE_REPLACED 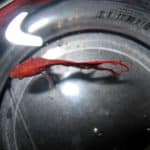 We often talk about the dangers of overfeeding your betta fish here at Nippyfish.net but today I wanted to address the common problem of underfeeding your betta. With the proliferation of betta blogs and online web forums sharing betta care information with the masses, sometimes the important messages get lost. Stories of Swim Bladder Disorder and abdominal bloating are in no … END_OF_DOCUMENT_TOKEN_TO_BE_REPLACED 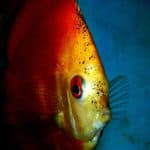 The use of garlic as a medicinal aid has been popping up all over internet fish forums since 2009. Betta fish and discus owners in particular have been receptive and have touted its benefits for treating anything from appetite loss to blindness and everything in between. When I start seeing a new remedy gain in popularity without any scientific back-up (even loosely … END_OF_DOCUMENT_TOKEN_TO_BE_REPLACED 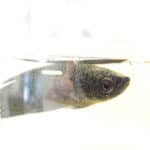 Velvet Disease or Piscinoödinium or Oödinium pilularis is a parasitic infestation that is very common among both salt and freshwater fish. This parasite is opportunistic and is present in most commercial aquariums. When a fish is stressed due to temperature fluctuations, poor water quality or other stressors they become susceptible to the parasites. Velvet Disease is … END_OF_DOCUMENT_TOKEN_TO_BE_REPLACED 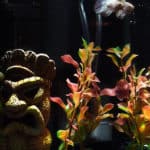 Q: DA wrote, Hello! I have found so much useful information from your site. Thank you for all of the time and hard work that you put into it!I have had this little guy for two weeks. He was in a small bowl, that I did water changes on every 2 days. When I bought him his tail already had a “fringe-y” look to it, but did not seem to be anything wrong to me. He eats good, and has … END_OF_DOCUMENT_TOKEN_TO_BE_REPLACED 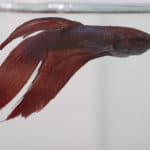 I received a wonderful letter from a reader describing how he successfully beat Dropsy in his Betta fish. As many of you know, Dropsy is symptom of another underlying illness which manifests as severe abdominal swelling or general body swelling leading to protruding (pineconing) scales. It is believed that these symptoms are the result of internal organ failure and the … END_OF_DOCUMENT_TOKEN_TO_BE_REPLACED 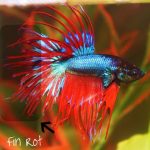 Shelbi with Fin Rot. Image provided by BS Q: BS wrote, My betta fish Shelbi has fin rot now. His water is and has been pristine with the parameters at their perfect spots. He had blackened tips when I bought him but I thought it was just his coloring. Now his fin tips are damaged and broken. I did water changes and checked his water repeatedly before getting medications to … END_OF_DOCUMENT_TOKEN_TO_BE_REPLACED